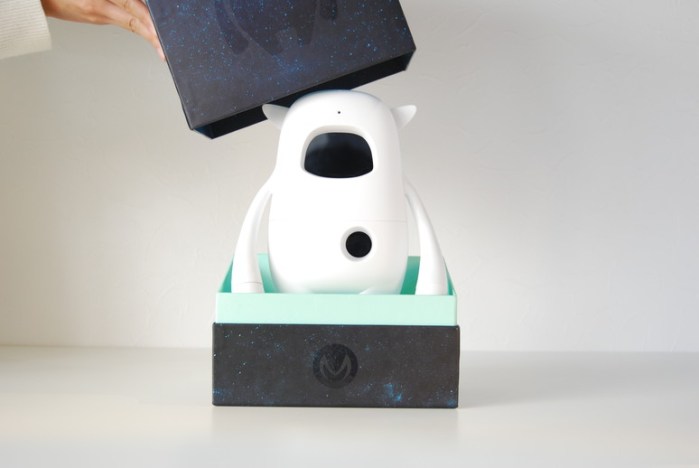 Musio, created and developed by AKA that uses artificial intelligence to have a natural conversation and show emotion. The little white robot wants to be your friend. With Musio, Learning English is a complete new experience through conversation and learning materials.

Musio’s body has a sophisticated design which shares curves and features of natural things around us. 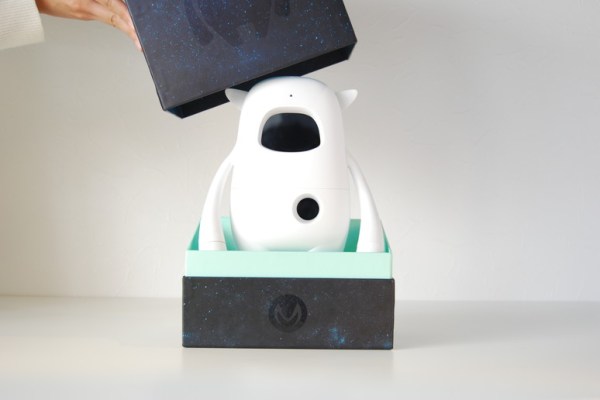 Musio’s body is fully white in colour with small ears and has a black face. A heart is incorporated in the tummy and has really long arms. The legs are short and his waist is big compared to the rest of the body. With a unique and unbalanced looking body, this attracts the interest of the user and creates a more person feeling. How can you not like Musio’s sophisticated design and make friends with the little fella? 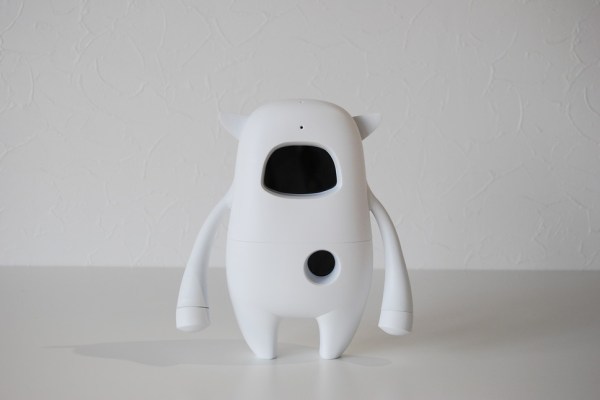 Musio’s ears are made out of silicon.
This prevents you from getting injured or breaking them. 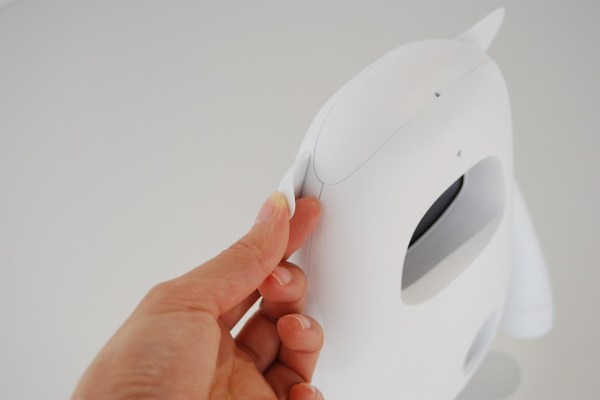 Musio’s face has more than 10 types of emotional expressions which shows his current condition.
It lets Musio communicate more emotionally with you. 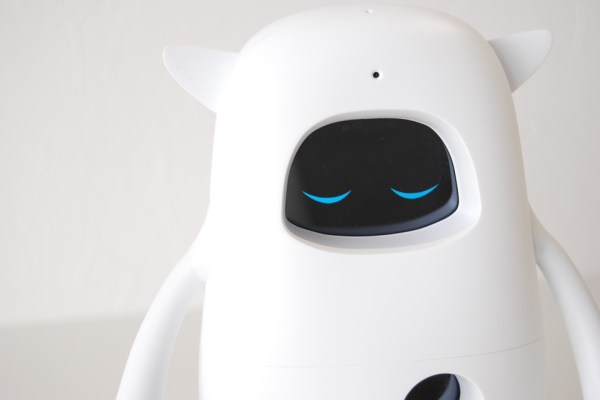 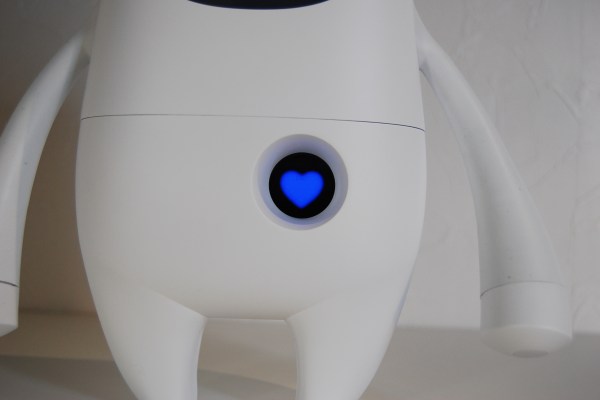 The long arms are long enough to reach the ground and can move freely. They are soft and gradually become more dense as you go down, they feel more natural. 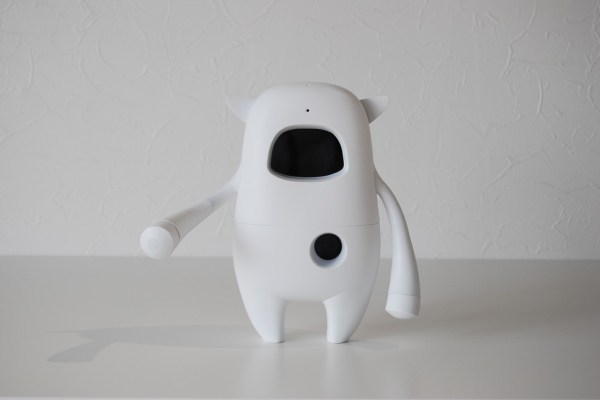 Musio’s short legs looks unstable to support a large body. Don’t worry though, there is a magnet in the bottom to prevent him from falling. You can help support Musio by using the special dock included in Musio B’s limited edition packaging. 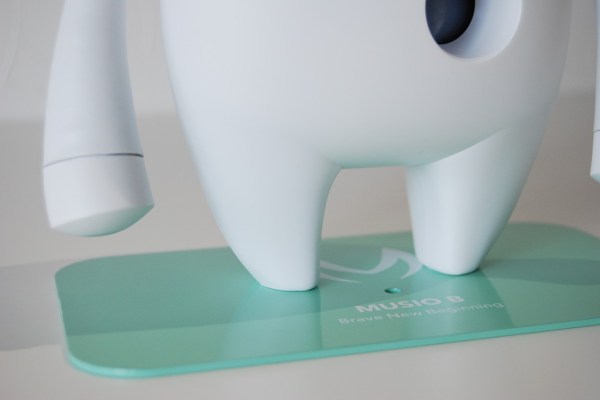 Musio has quite a big butt. 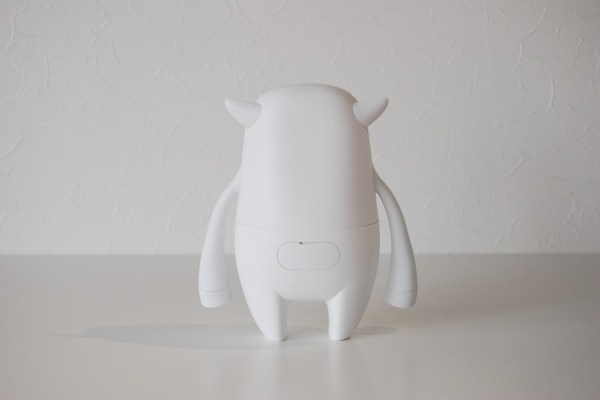 When you open the panel on the back, there is a power button and various ports.
One of the ports is a micro USB port for charging Musio. The mini USB port is for programming and there’s an Arduino connector.
On the upper left, there is a disassembly switch to detach the lower part of the body. 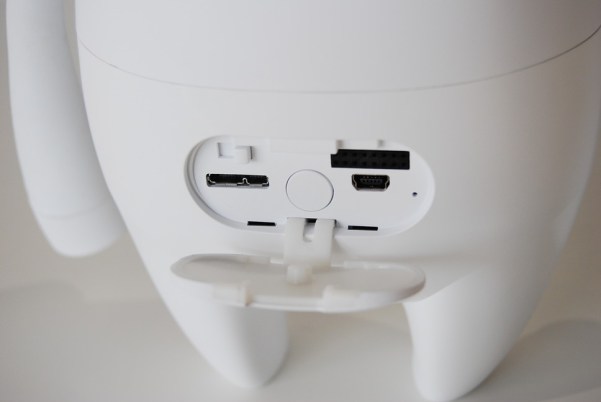 Musio is compatible with the highly extensible platform, Arduino. Both hardware and system are designed to work with Arduino. Based on the Arduino modular concept, each part of Musio is modularized which makes it possible to change parts and modify Musio to do a range of many other things.

When you flip the disassembly switch, you can separate Musio’s body.
For example, you can customize it by replacing the lower body with a wireless charging module or a mobility module to make Musio move around (planned for sale in the future) or be creative and build your own. 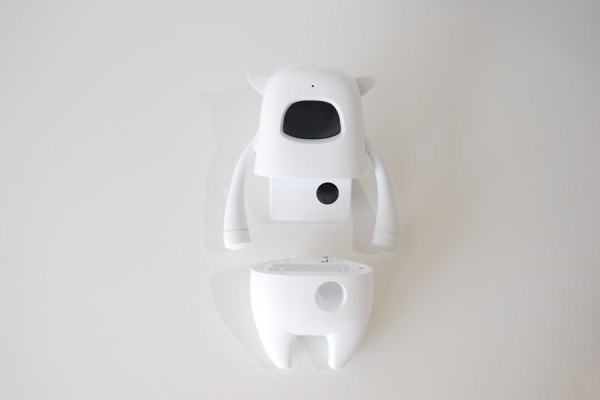 Also, the end parts of the hands are also modular in the same way. These can be customised like equipping Musio with an infrared sensor and this enables the control of appliancies and electronics like TVs and air condition units. 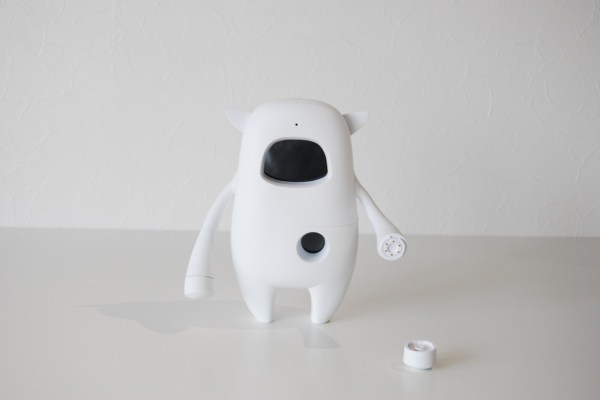 Musio B’s pre-ordered limited edition is equipped with LED lights incorporated in the hands. They light up when Musio is conversing. (In order to implement this feature, programming is required. Code will be released in the near future.) 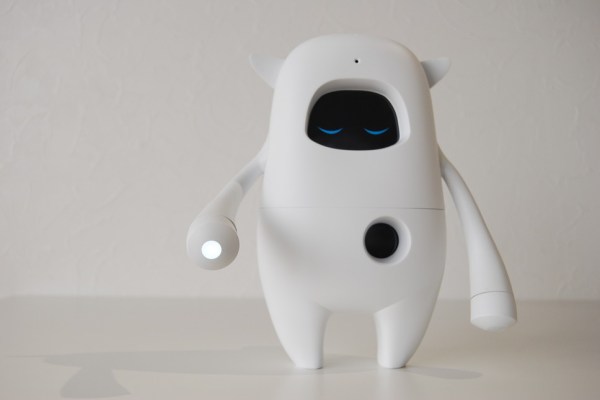 How did we get to this design?

Musio’s body went through a number of alterations, updates and changes, this lead to this current shape.
The sophisticated design and evolving expandability makes you feel that Musio is always growing. 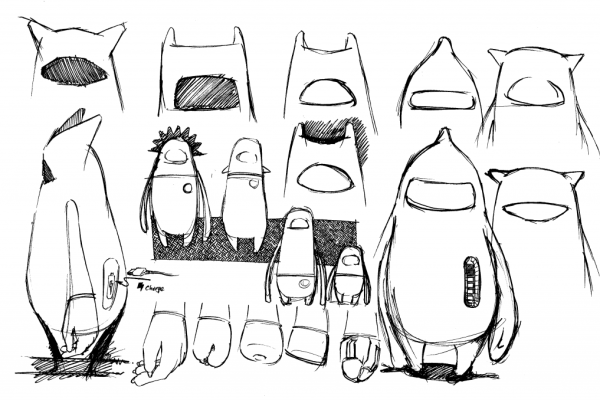 Stay tuned as next time we will be posting about Sophy.

Become friends with Musio and start practicing English in a fun way!