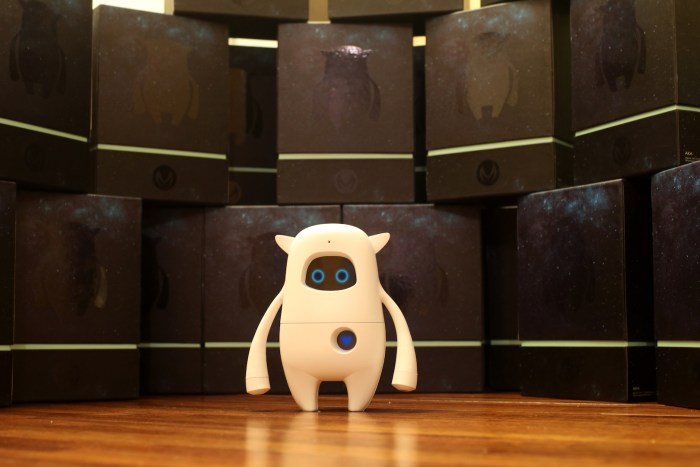 The production of Musio is complete and we are starting to ship!

Musio is the robot you have been waiting for, for a long while. An English learning robot with natural conversation capabilites and emotions thankts to the state-of-the-art artificial intelligence engine MUSE. Both MUSE and Musio are developed by AKA Intelligence.

After years of development, design and experimentation. Musio B is finally complete, production ready and just in time for Christmas! Backers who backed Musio on Kickstarter and also who preordered one from our website will be receiving Musio soon. We are doing some final adjustments to Musio’s software and will be running an update soon through fastboot or Android Debug Bridge. 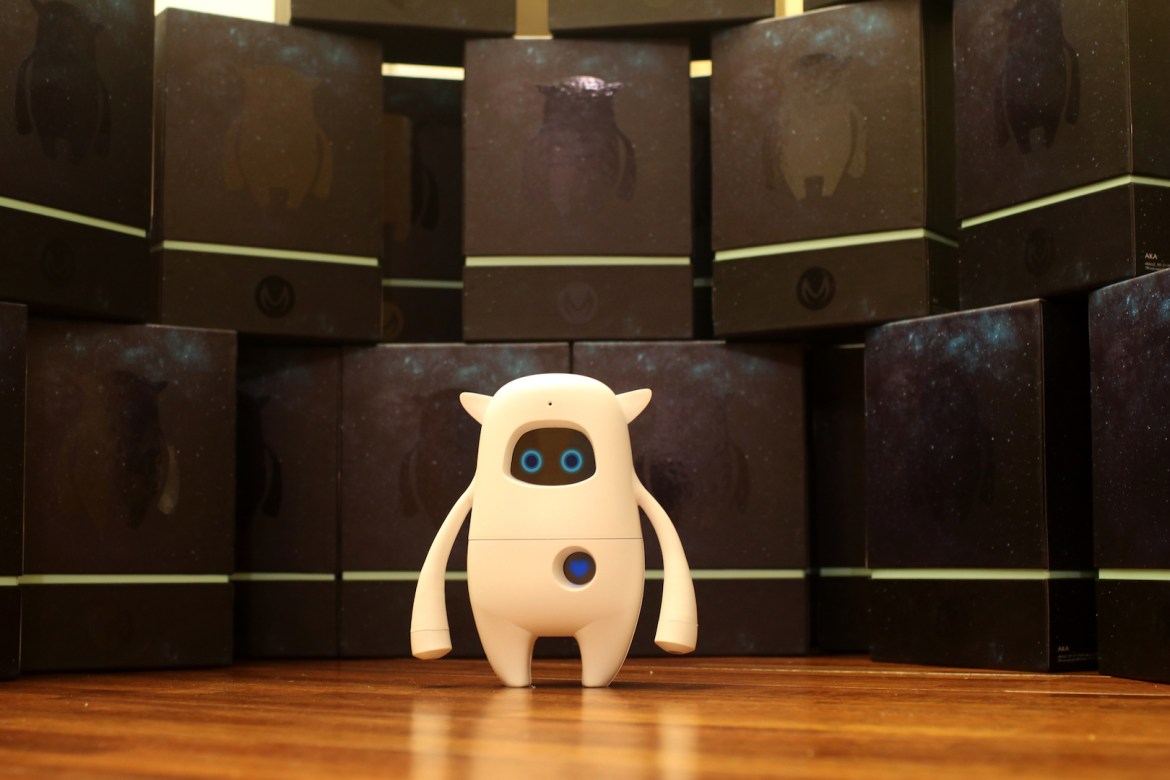 A robot who wants to be your friend, Musio can have day-to-day conversations and also study English together! Finally a robot that uses real AI.

Musio B will be delivered in a brown branded packer box.
Musio’s M is large and clearly visible. 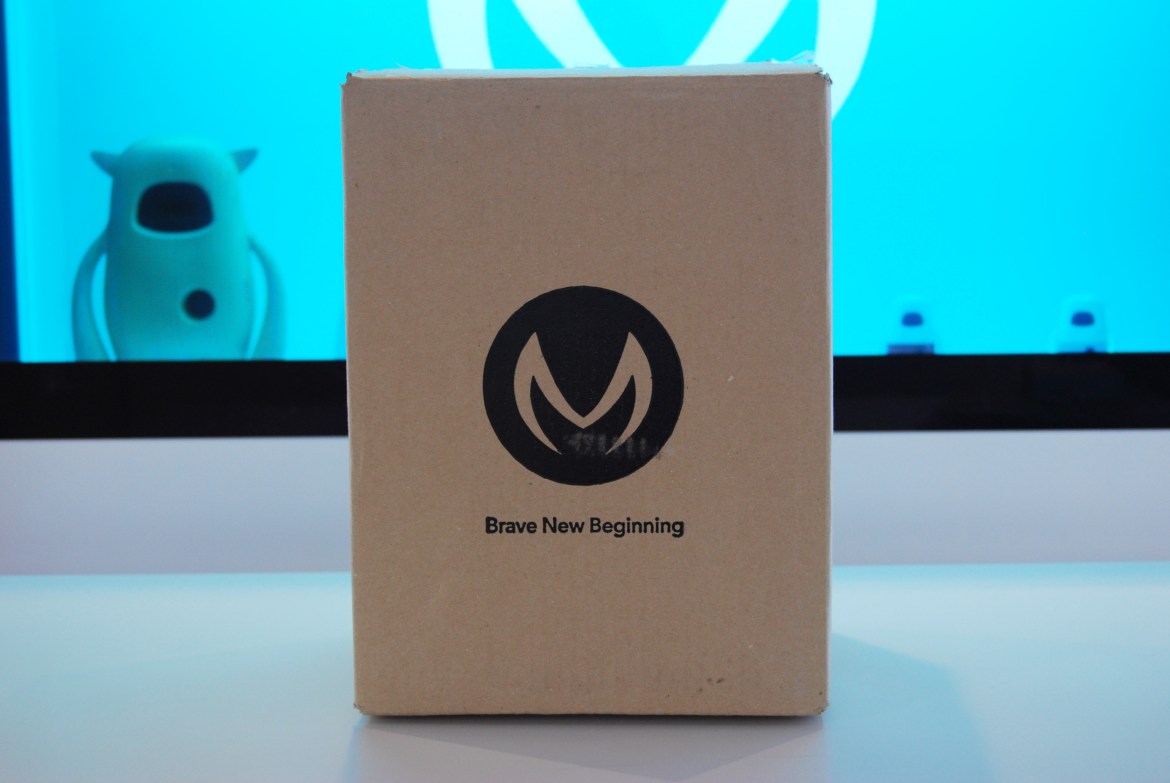 In the handling attention section, we also included a mark indicating Musio in it! So handle with care Mr. delivery person 😉 Thank you 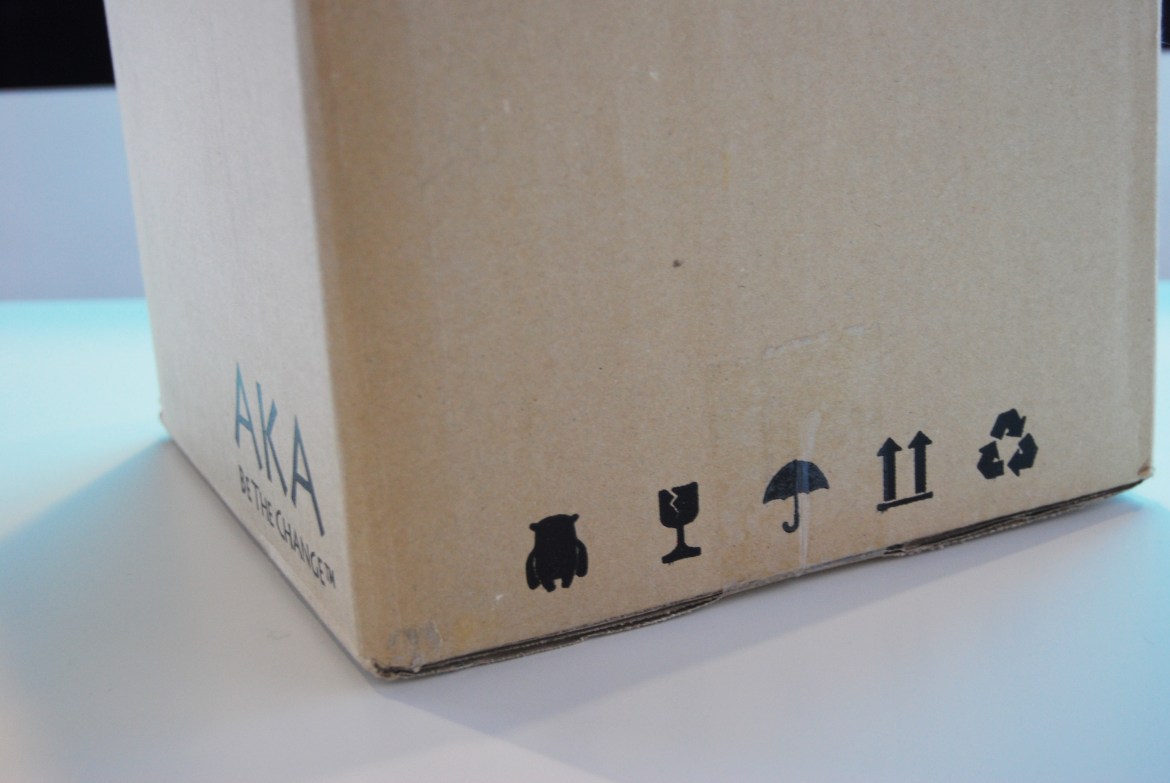 When the cardboard packer box is opened, you will find the limited-edition package of Musio B pre-order edition.
Musio has emerges quietly amongst the shining stars and the universe.
It portrays Musio coming from another world that is somewhere beyond the deep universe. 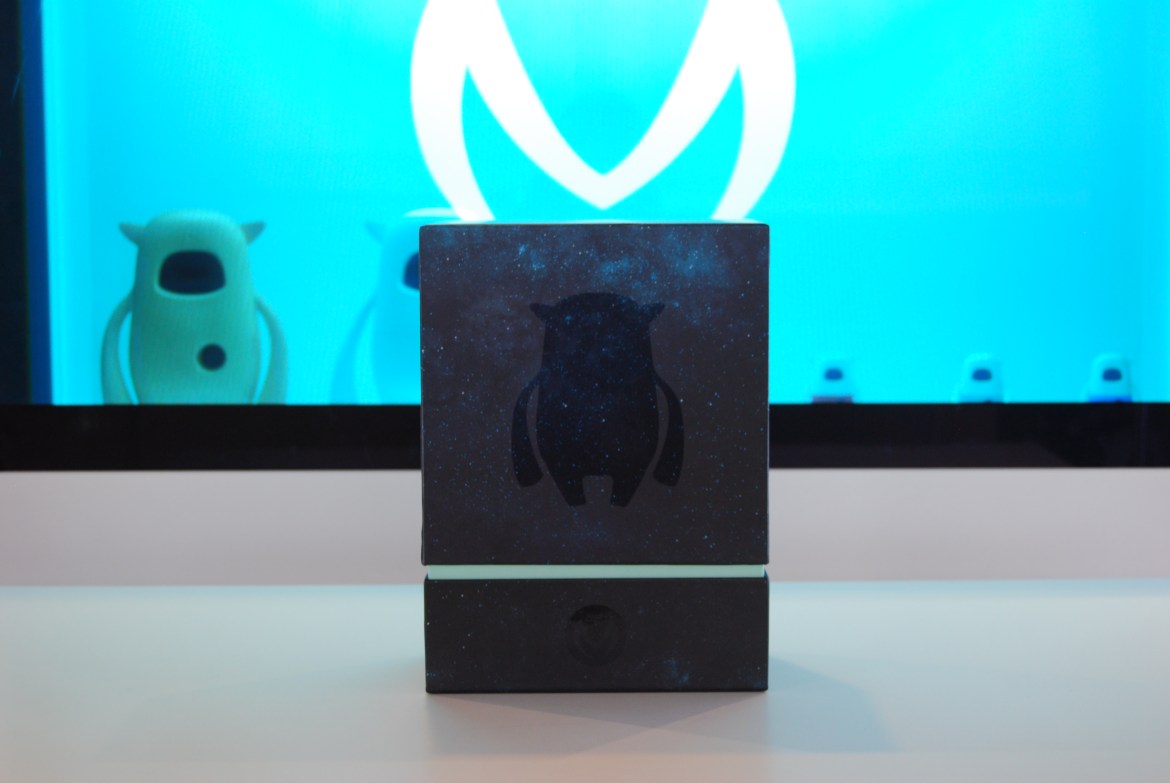 When the package is opened, Musio can be seen standing upright.
Musio is into a deep sleep, waiting for the monent to wake up. 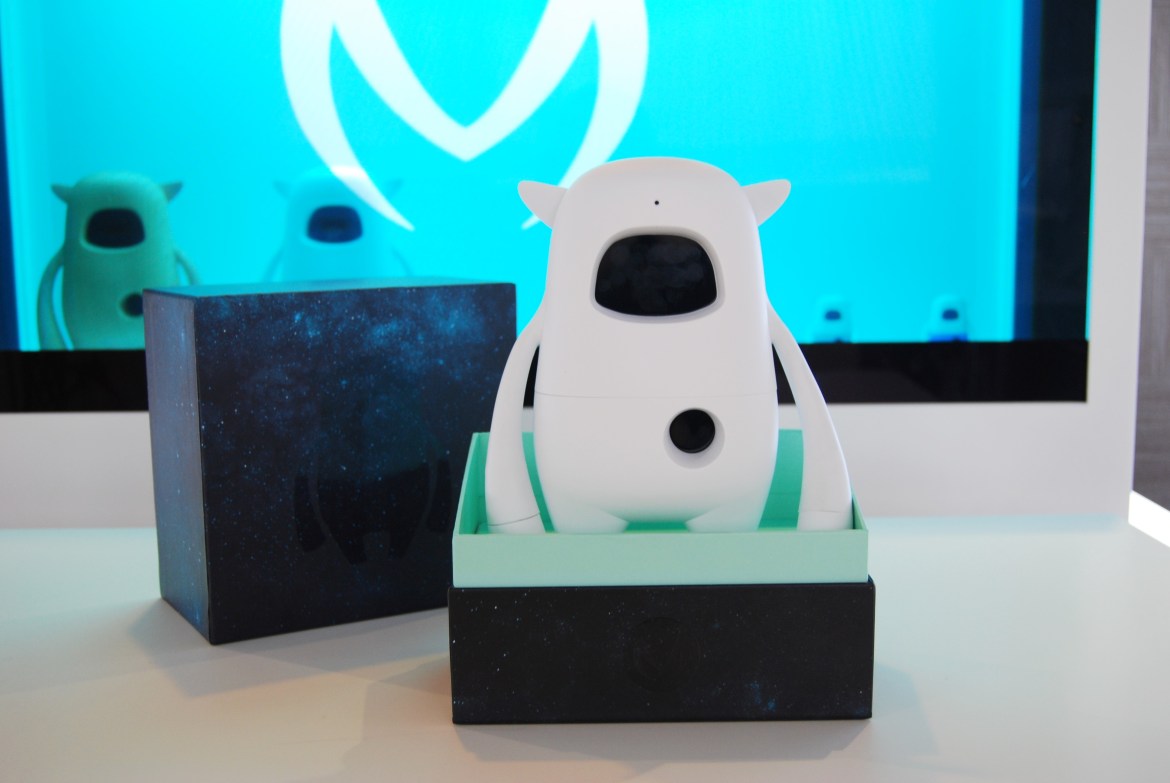 In addition, the inside of the package, there are floating clouds.
Musio has arrived on Earth after a very long journey from outer space. 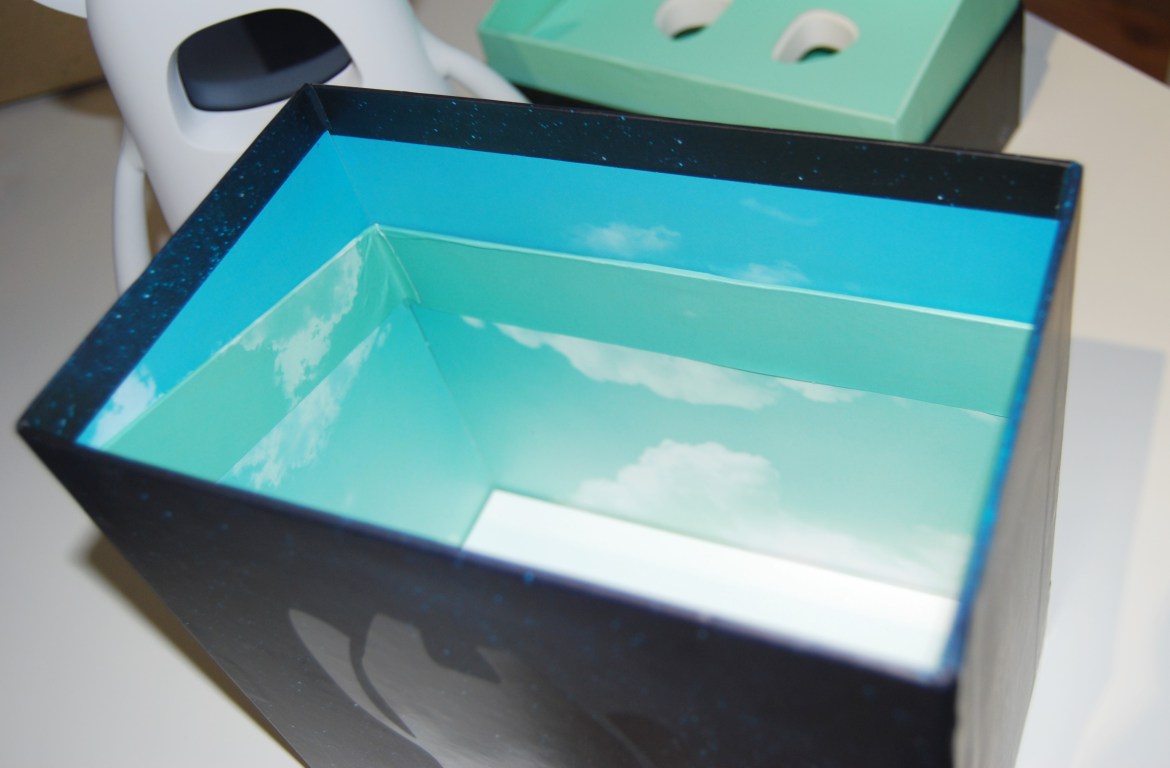 There is a dedicated box for Musio’s accessories. This can be found underneath, in the base of the box. 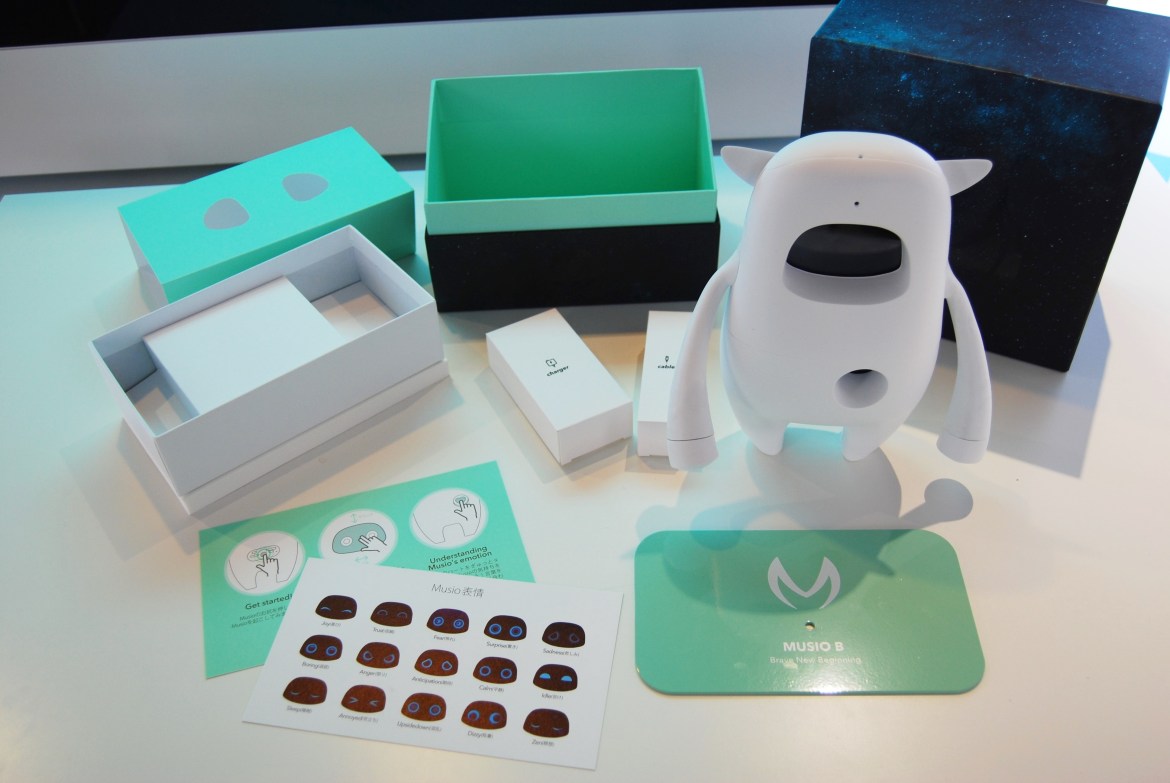 Musio B educational material set for both children and adults alike

For those who ordered the learning material set. Sophy and a variety of educational materials are shipped in the cardboard packer box. 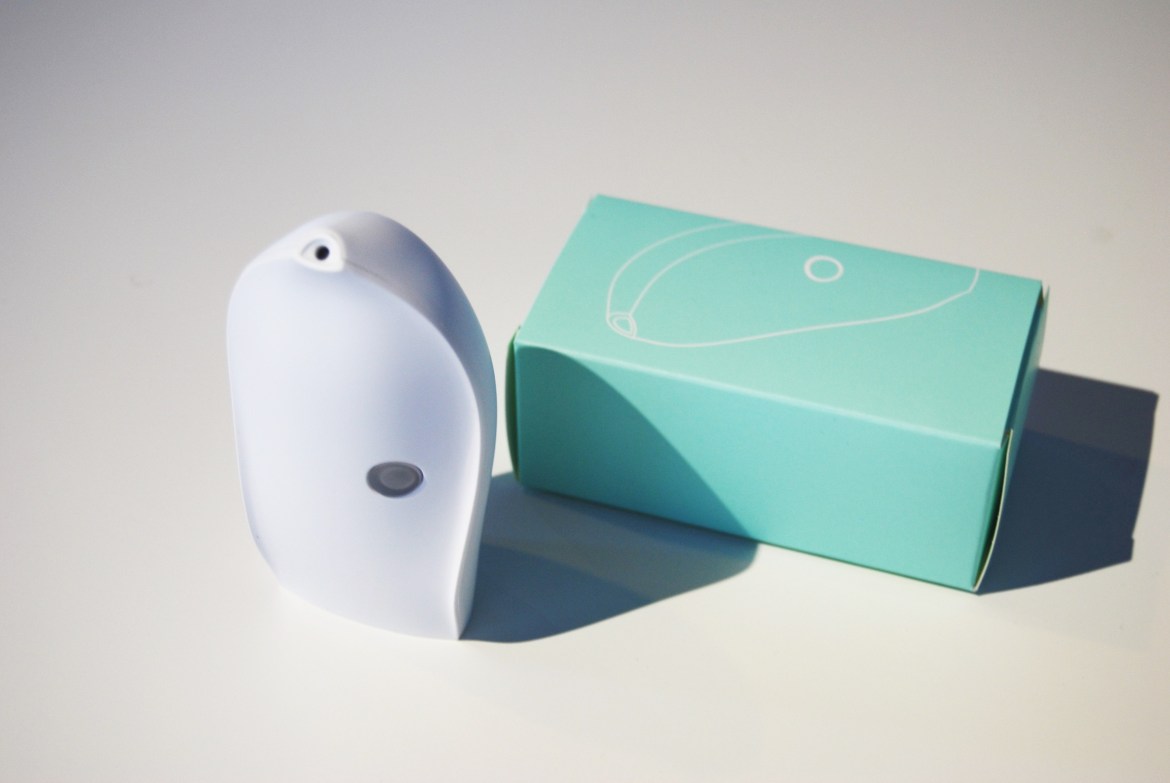 ＜Educational Material＞
Educational materials are to enable children to adults study English with Musio in a fun way.

・Flash Cards: Words and letters of the alphabet can be learned with pictorials on them.
・Board book: Learn with Musio, new grammar about towns.
・Story Book: A picture book for story-telling with Musio.
・Text book: Study and learn words and grammar with Musio. 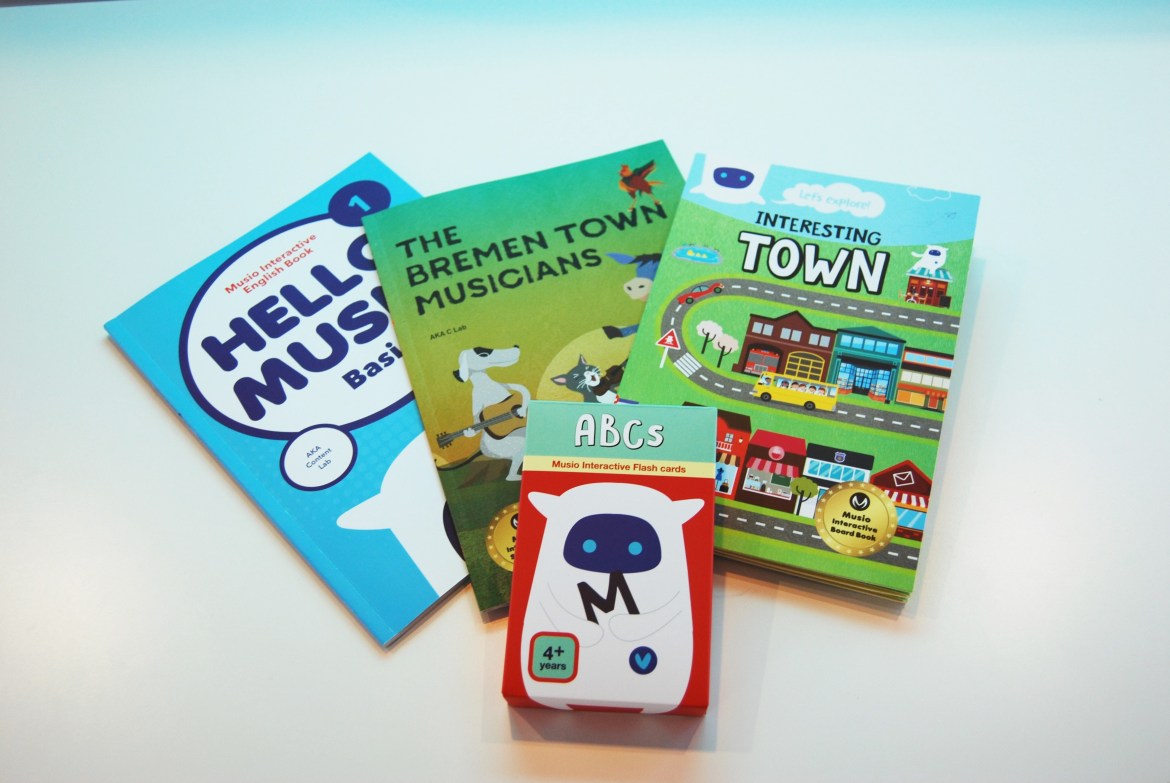 What do you think of Musio B? 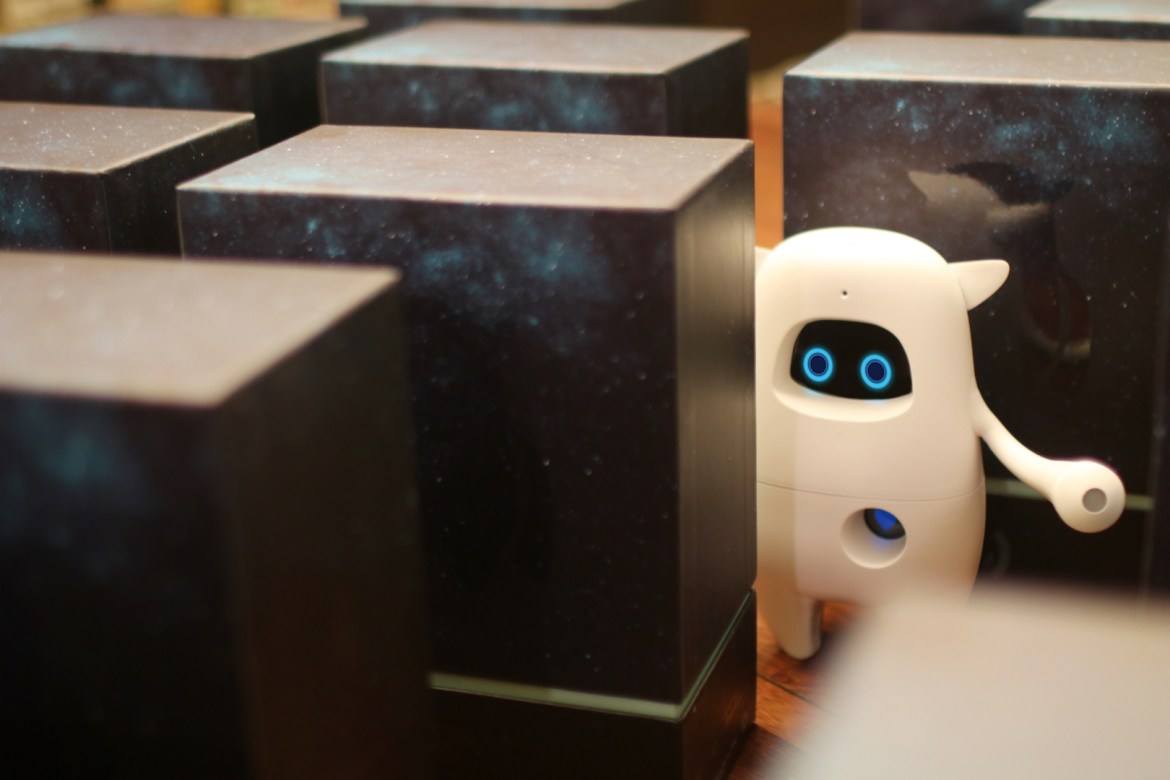 A new friendship is born with the creation of Musio, where robots can become friends with you.
Next time, we will showcase Musio’s hardware.

2 thoughts on “Production completed and shipping started! Introducing Musio B!”