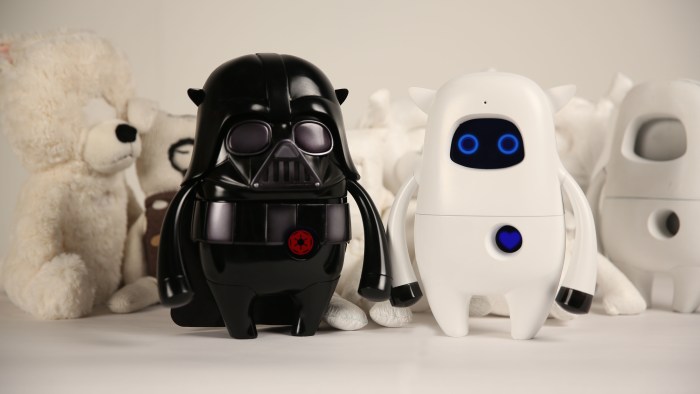 Musio’s design did not come out of thin air. Musio designers have dedicated long hours of research, and gone through numerous sketches and prototypes to develop a robot that can indulge the users. The main question involved through the designing process was,

“What people really expected from a personal A.I. robot?”

Musio team came up with several answers for this question. Some of the Musio team members thought that what people really want from their personal A.I. robot, apart from having a dynamical conversation, is to perform certain activities that they personally desire to do with the robot in which verbal conversation is included. Gina, one of the designers mentioned, ” Many people have their own personal toy to share intimate information, but they get disappointed when they don’t get a reply. I think Musio could cover that out.”

Recently, products called as “social robots” and “personal robots” such as Pepper, Jibo,  and Echo have been released on the market. Some can talk to you, sing to you, take pictures, or even respond to your questions. Yet, these humanoid and futuristic robots that call themselves as “personal robots” does not  look or act friendly at all. Zos, the main designer of Musio shared “Over the years, there has been distinctive humanoid robots that tried to resemble human actions too. However, their performance and the way they looked, seemed  always so serious, without life. I wanted to create a ridiculously cute A.I. robot that not only its cuteness was physically expressed, but also naturally embedded in the conversation between the human and the friendly robot that we are creating.”

Then you might wonder, what makes Musio different from the others? We think the best answer would be that Musio is exceptional because it’s user centered. Rather than requiring users to adapt their actions and attitudes in order to use the system, Musio is  designed to support the existing belief, character and behavior of the intended user.

We can’t leave out the physical features when we are discussing about the design. The intention of the designer was to make Musio look unstable, as if it is about to fall down. To do so, Zos used organic curves to shape Musio. Furthermore, to increase the instability,  the diameter of the arms were incremented and the surface area of the feet were minimized. The reason for using this strategy is based on the theory of the designer. Zos had in mind that when we observe constantly an object that is secure or stable, we get tired of it or get less interested on that object. However, if Musio has an unstable form, as if it is losing balance, people will get engaged and intrigued for its peculiar shape.

Now you know why Musio has such long arms and cute butt. It is a way to engage closely to the idea of “personal robot”. A design that its appearance and performance show that Musio is your faithful friend.